Home / Blog  / Singularity: The point of no return of human evolution

05 October 2016
Singularity: The point of no return of human evolution 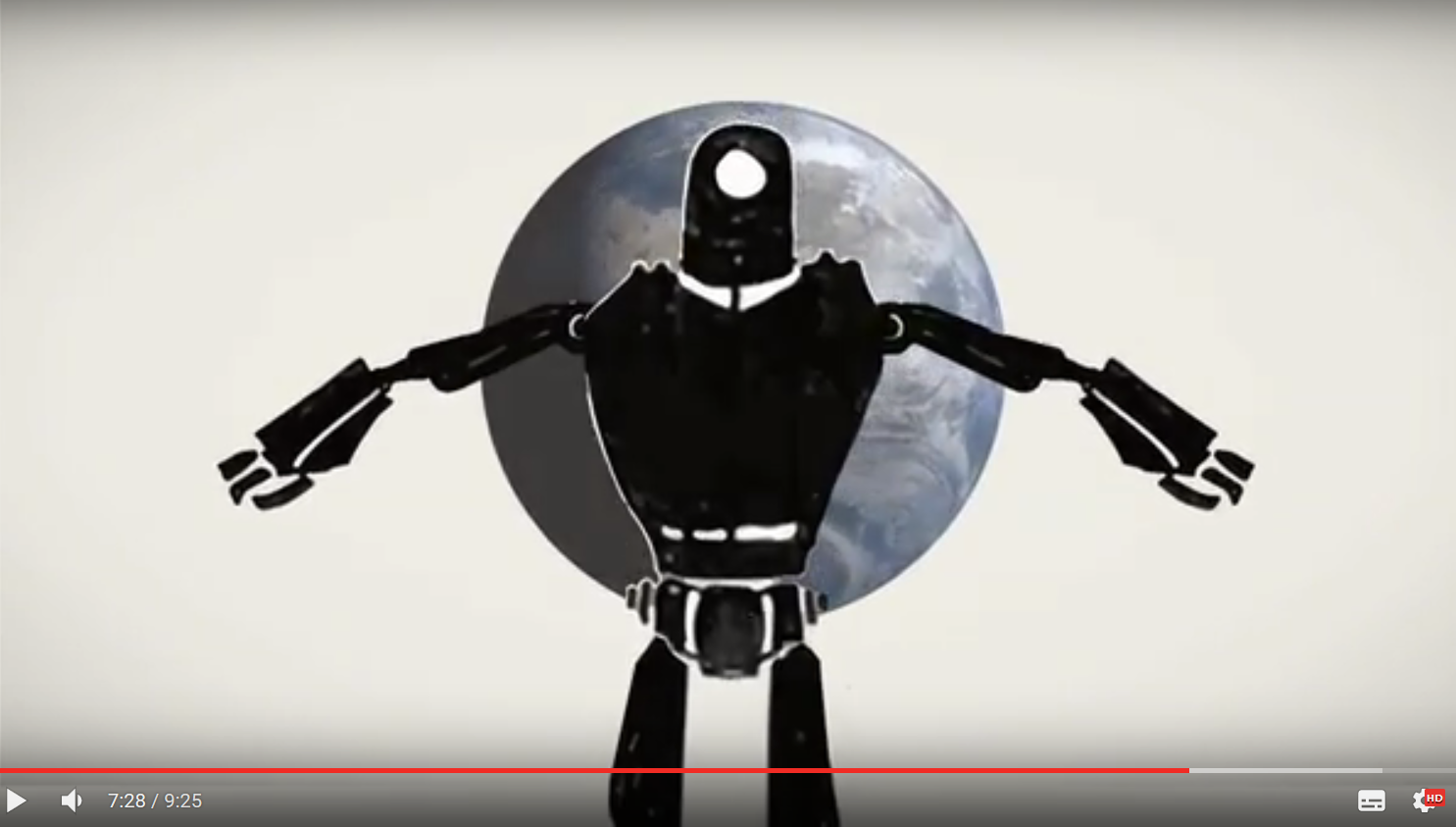 There will come a time when we will not understand the choices of the artificial intelligences that we will have created.
And this moment is know as Singularity.

The four components: Web, IoT, Big Data and AI represent the nervous system, the senses, the memory and the brain of a super-being that will control the planet in the future and will escape human understanding. The moment this happens will be called singularity.

One night when I was flying over France on my way back to the United States, I looked out of the tiny windows, and all I could see were lights.
Cities and small towns, connected by roads and railways creating a single luminous network like that of the synapses in a brain. I think that in the future a collaborative model will be developed within small autonomous communities connected to each other: an alternative to urban concentration. A social reproduction of the human brain.

What was claimed to be an automaton that could play chess, known as “The Turk”, was a machine created in 1769 and it could hide a short person inside. The person was positioned so that he could see the opponent’s moves and respond by moving the mechanical arm of a dummy that looked like a Middle-Eastern man.
On 10th February 1996, IBM’s “Deep Blue” was the first computer to win a game of chess against the world champion of the time: it defeated Garry Kasparov!

In the 1968 film called “2001: A Space Odyssey”, five astronauts on the spaceship Discovery One were travelling towards the planet Jupiter with the assistance of the supercomputer HAL 9000. HAL 9000 had an artificial intelligence and spoke with a persuasive and natural-sounding voice. It could read people’s lips and experience feelings to such an extent that it could even kill for fear of being de-activated.

The BRAIN Initiative is a project that was announced by Obama in April 2013 and it aims to map the activity of each of the one hundred billion neurons in our brain. The objective is to find remedies for diseases like Alzheimer’s, to study the origin of consciousness and create artificial intelligence similar to human intelligence.

In a novel published in 1961, Solaris is a planet in another solar system. It is covered by a single ocean that is constantly changing itself. Solaris is a gigantic sentient being that manifests itself by bringing about the emergence of enormous complicated structures. The biggest ones are three-dimensional representations of mathematical formulae, the smaller ones are copies of human structures taken from the memories of the scientists on a study mission to the planet. Solaris is capable of thinking, but its attempts at communication are beyond our comprehension.

“Do Androids Dream of Electric Sheep?” is a 1968 novel by Philip K. Dick. It tackles the topic of what it is to be human or not. The setting is a dystopian and post-apocalyptic future where artificial copies of animals are status symbols to be desired and artificial copies of humans are used as though they were slaves. The 1982 film “Blade Runner” is based on the novel.

Artificial intelligence (AI) is the ability of a computer to perform reasoning that is typical of a human mind. As it relates to computing, the field of study of AI covers the theories and techniques for the development of algorithms that make it possible for computers to have intelligent activity in a specific field.

“A.I. Artificial intelligence” is a film produced in 2001. In the year 2125, the world has been devastated by the effect of global warming and by the rise in sea level. Technology has evolved to such a point that it’s possible to create beings called “Mecha” that are sophisticated robots similar to human beings. One of these, David, is an android with the features and feelings of a child.

The book “Black Cloud” was written in 1957 by cosmologist Fred Hoyle. The story sees the arrival in the solar system of an enormous black cloud of gas, a sentient organism seeking light and heat. By covering the sun there is the risk that it will wipe out life on Earth. It’s amazed to discover the presence of intelligent beings on the planet and before leaving it transmits knowledge to a scientist but this is of such impact that it kills him.

On 24th November 1859 the English naturalist Charles Darwin published “On the Origin of Species” in which he explained that “groups” of organisms of the same species gradually evolve over time by means of the process of natural selection.
On 13th June 1863, an article called “Darwin among the Machines” put forward the idea of Darwinian-type evolution of machines with a time frame that moved faster than that for humans and at a time in the future when machines would supplant humans as the dominant species.

By using a 3D printer it’s possible to physically produce objects of varying complexity, ranging from a whistle to a car, to a prosthesis, and it can even draw on examples and prototypes to be found on the Internet. In the future, intelligent machines will reproduce and will continue to improve.

The concept of “Big Data” refers to such vast collections of data in terms of volume, velocity and variety that require specific technologies and analytical methods in order to extract value. We’re talking about the vastness of the data in the order of magnitude of Zettabytes, or billions of Terabytes. This needs massive parallel computing power with dedicated tools using thousands of servers. Big Data is growing exponentially. 90% of all the data available today has been created over the last two years.

Internet of Things (IoT), refers to the extension of the Internet to the world of objects and locations. Objects acquire intelligence because there is data associated with them and it’s possible to access information via other objects or via the Internet. Alarm clocks go off earlier if there’s a lot of traffic on the roads, gym shoes transmit competition times and distances to people in other parts of the world, medicine containers give a warning signal if you forget to take your medicine. In the future there will be “stupid” objects
that have no software, and there’ll be “intelligent” objects that are programmed for specific functions and there’ll be “intelligent and integrated” objects that interact with each other using specific platforms and also with the Internet.

In January 2015 the total population with access to the internet was 7.21 billion. There were 3.01 billion active users, and 2.078 billion active social media accounts.

In the years following 2030, world leaders will be Samsung for (the) extraction of Big Data, Thingbook, (Facebook spin-off), for the development of IoT, the US government’s “BRAIN” Initiative created by the research project announced by Obama for the development of AI, and Everywhere, an international consortium of non-profit organisations managing the Internet under the auspices of the UN.