Selling online in the time of Coronavirus

The 14° edition of the convention “E-commerce in Italy” took place online on the 19th of May 2020.
The research focus is: E-commerce in the time of Coronavirus.

Intellectual property of Casaleggio Associati
Published on: May 2020
Partner

The E-commerce in Italy 2020 report highlights the trends of the e-commerce B2C in Italy in 2019 from the point of view of turnover, product categories, online marketing, social media, marketplace, foreign investments and organisational structure.The report includes an in-depth analysis of E-commerce in the time of Coronavirus, and describes the impact that the pandemic had on the Italian e-commerce market during the first months of 2020.
Share 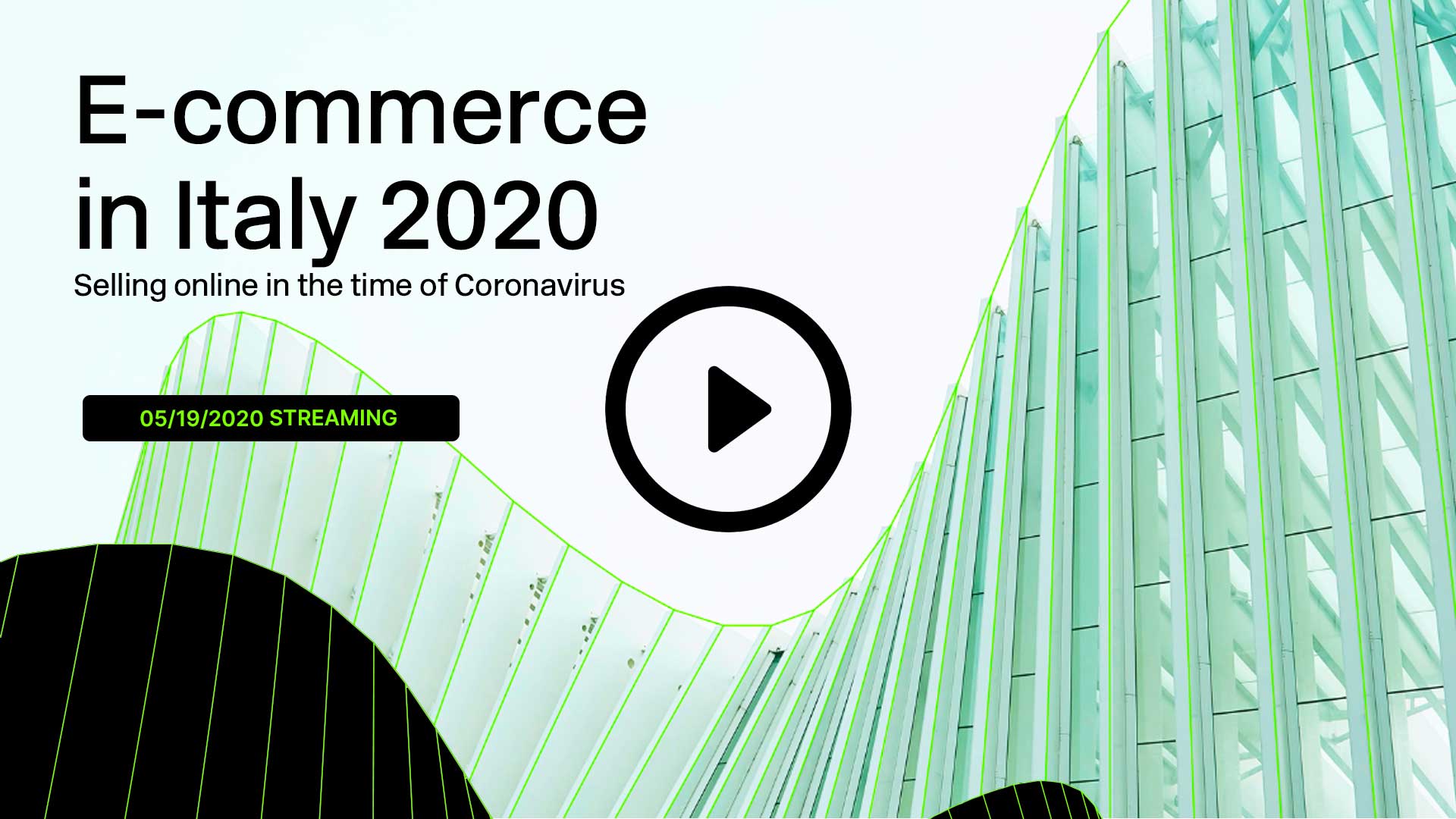 E-commerce in 2020 will constitute a turning point. As in previous years, the forecasts indicate a double-digit growth rate, as has been the case in Italy for the past fifteen years. The Coronavirus effect is set to reshuffle all the cards on the table. The market sectors that have historically been top of the list, such as Tourism, will decline for the first time ever, whereas other sectors such as Shopping Malls and Foodstuffs will record triple-digit growth rates. For a number of traders, the main problem of growth in 2020 will not be the number of clients they have, but rather their logistics capacity to cope with them.

Many operators have in fact stopped advertising during the lockdown period, having reached saturation point in terms of their operational capacity. Other traders’ products are no longer attractive in times of crisis. The Clothing sector encountered its first crisis in online sales, since they could not compete against over-full wardrobes and the people’s inability to leave their homes.

Notwithstanding the crisis in various product categories and the general decline in consumption, 2020 is the year in which all Italians have begun to really discover the option of shopping online. Traders that are able capture this moment will be able to pick up new customers and build up their brand loyalty over time. 2020 will also be the year in which many traders will set up an online channel of their own, initially to shift their stocks of goods gathering dust in their closed stores, but then also to also be able to compete in the newly developing areas of demand, namely that of online purchasing from physical local stores. While up to now having a pizza delivered to your door has been perfectly normal, from now it will become equally normal to have anything else, even a screwdriver, delivered to your door.

E-commerce in the time of Coronavirus

12% of Italian companies are active in e-commerce, 79% of them in the consumer field. Compared to offline commerce, which has witnessed the disappearance of around 63-thousand stores (-11%)1 over the past 10 years, the Companies Register confirms the e-commerce trend in Italy: in the whole of 2019, the number of active companies that registered under the ATECO 47.91.1 code applicable to online commerce amounted to 6,968, or 20% more than those registered in 2018. Businesses that registered under the primary code, in other words businesses that indicated online sales as being their main business activity, or whose main source of revenue is e-commerce, amount to 68% (in 2018 this percentage was 54%). 2

In Italy, the spread of online shopping amongst the population from 2 years of age upwards hit 70% with an average of 41.5 million individual users recorded in December 2019, which is in line with last year. Desktop access continues to decline (down from 28.4 million individual users to 25.7 million. This figure has declined by 10-thousand users in two years)3. The average spend per user per year is 668 Euro.

As regards the legislation, since 2019 it has been compulsory for businesses that sell goods online within the EU via marketplaces and other platforms to provide the Department of Inland Revenue with certain information regarding suppliers and online sales. More specifically, they are required to provide the personal details of the suppliers, as well as the total number of units sold in Italy by each supplier and the selling price.

The first return, scheduled for October, included sales made in the previous five months, with subsequent returns being required on a quarterly basis. This operation enables the authorities to better monitor the online sales of all the platforms and, in the event of failure to submit the applicable returns, the party is deemed to be a tax debtor4.

A new so-called Web tax came into effect in 2020 and it is estimated that this tax will add a further 700 million Euro per year into the Italian Government coffers. This tax amounts to 3% on the service revenues of tech-companies with a global annual turnover in excess of 750 million Euro, of which 5.5 million is generated in Italy5. A sunset clause provides that this tax will remain in force until such time as an international accord is reached for the introduction of a standard tax, which is expected to be in place by the end of 2020.

76% of Italian e-commerce users made an online purchase within the past year, as against the European average of 64%. 98% of users purchased goods via a marketplace during the course of the past year and 31.6 million people made online purchases from foreign websites, in particular from China, the UK, the United States and Germany6.

The value of e-commerce turnover in Italy is estimated to be in the order of 48.5 billion Euro, reflecting a growth of 17% compared to 2018.

Change % / Turnover in billions of € 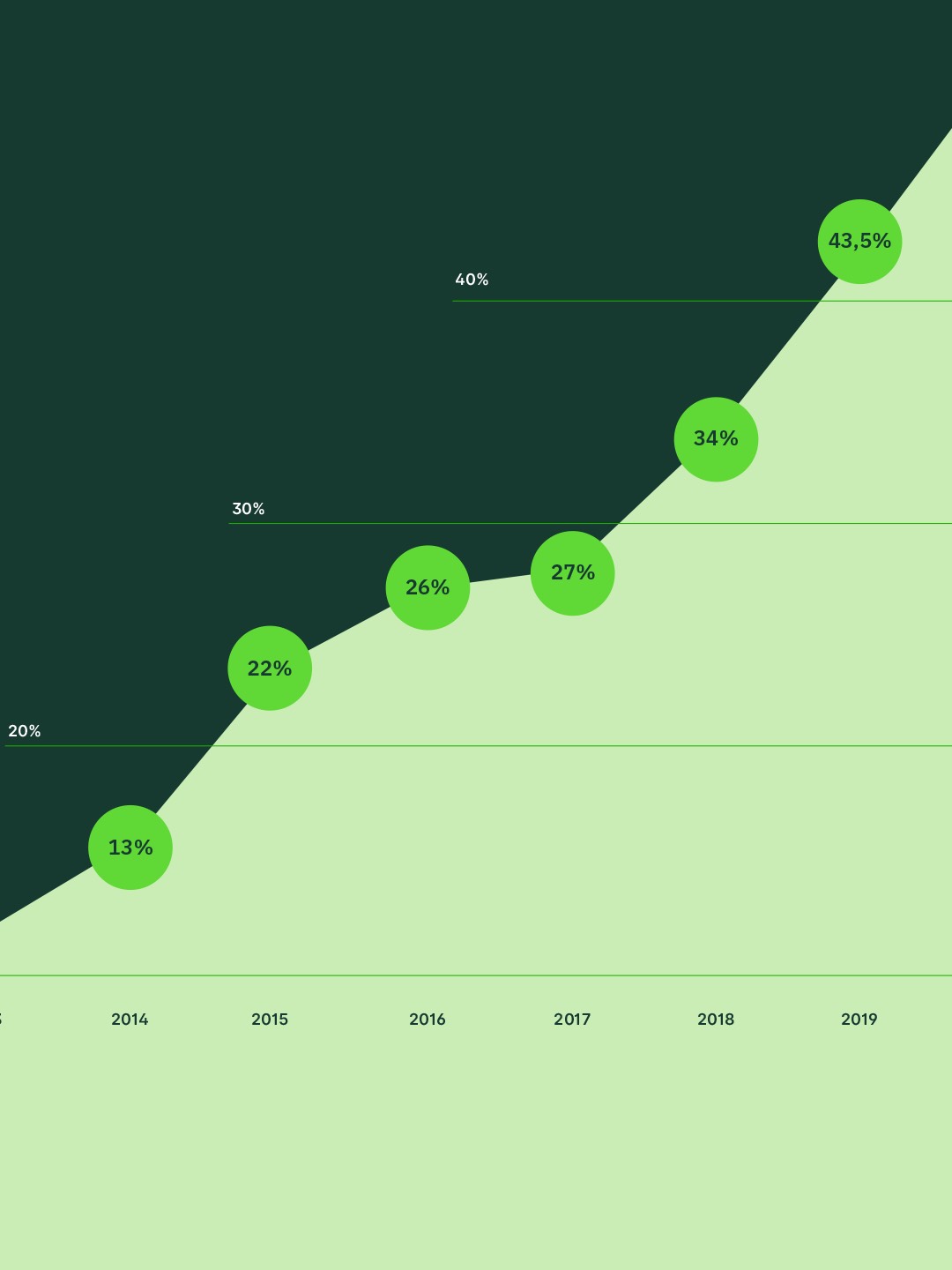 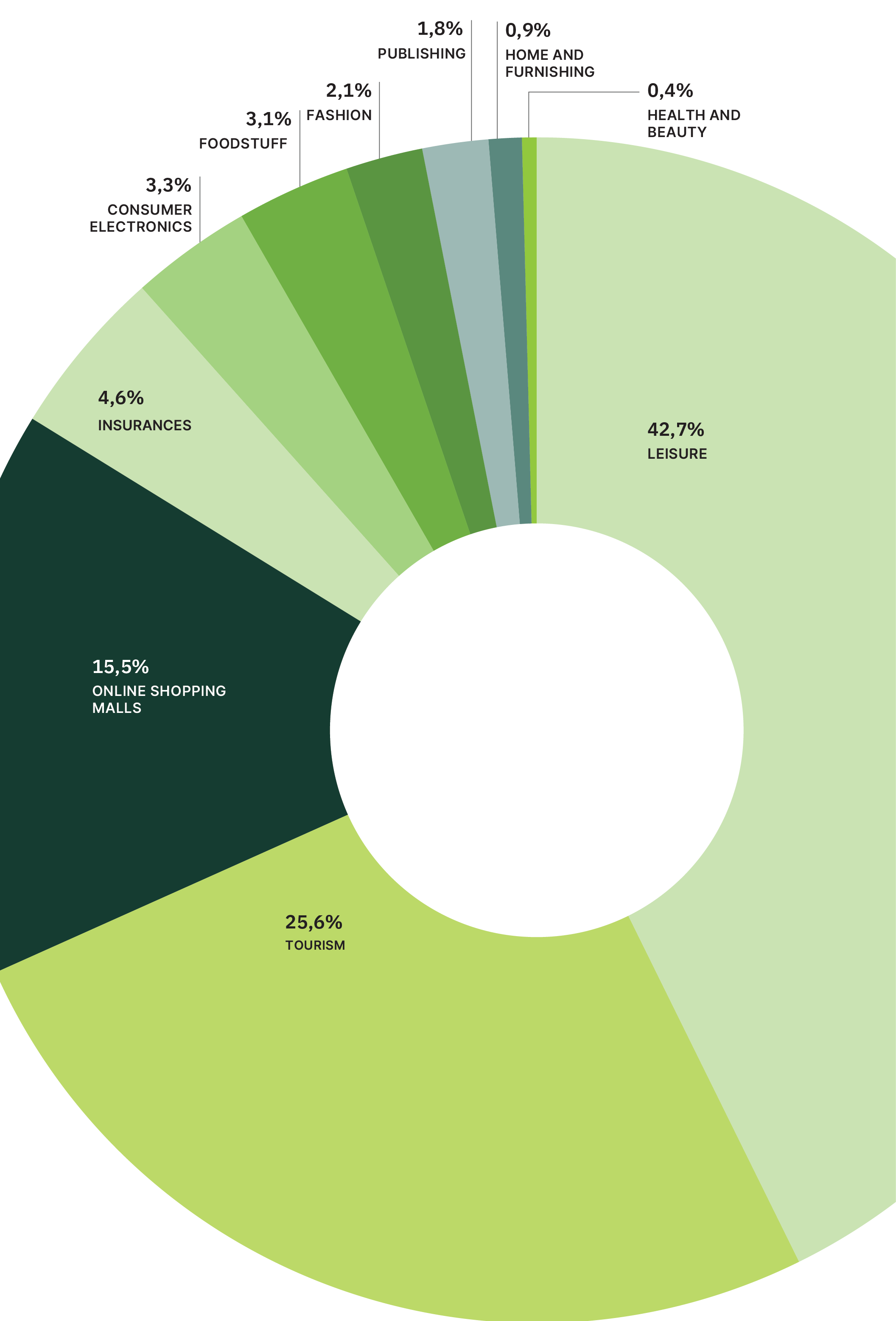 CA’s research is a collection on the topics of innovation, to consult and download.